The Osborne team at Ewell West Station in Surrey are preparing to install a new single span Access for All Footbridge at the station, including lifts to enable mobility impaired access between the two platforms.

The site welfare and works area compounds have been set up within the busy station car park, therefore safety of users and this was a key consideration for the final arrangement.

“Site Guard” fencing has been adopted for the compounds as it provides superior safety and protection features such as:-

• Toe boards included that lock together firmly.
• Closer mesh on panels.
• Heavier weight so less likely to move.
• Can spray paint along the baseline to identify if they move.

A designated walking route for pedestrians has also been provided to enable members of the public to access the station without any direct interface with cars coming into the car park.

Well done to the whole team for providing a safe set up which considers the movements of all users. Segregation of people, plant and vehicles is of paramount importance in such an environment. 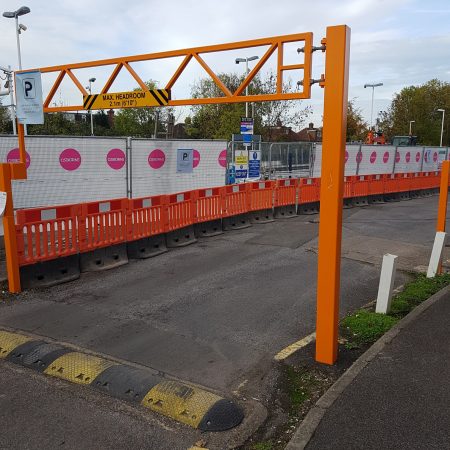