Network Rail has announced the award of three multi-billion-pound contracts for the South of England, worth up to £7bn for Control Period 6 (2019-2024).

The framework to deliver renewals and enhancements in Anglia, South East and Wessex has been awarded to J Murphy & Sons (Anglia), BAM Nuttall Limited (South East) and Osborne (Wessex) who will act as strategic delivery partners throughout CP6.

The multi-discipline framework will deliver projects of varying value, including stations, buildings and civils, electrifications, power, signalling, telecommunications and track. This is initially in place for a five-year period but has the option of three one-year extensions if required.

Osborne, already work in the region and have delivered schemes including a 100-hour blockade to replace a life-expired bridge in Wandsworth, London.

Cameron Burns, Commercial Director Southern region, said: “Over the last few years we have made a shift towards working more collaboratively and closer to fewer key contractors, which has allowed us to deliver major improvements for passengers successfully and safely. Given that we are delivering in some of Britain’s busiest stations and on some of the most used routes into the capital, our ability to upgrade the railway with minimal impact on passengers is increasingly important. We want to build on this success for CP6 and the relationships we have with our suppliers, and we look forward to working with them all going forward.”

John Dowsett, Managing Director for Infrastructure at Osborne, said: “Winning this CP6 framework is highly significant for us – it sees us further strengthening our rail portfolio and continuing to work with Network Rail, who recognise and value the collaborative approach we bring.” 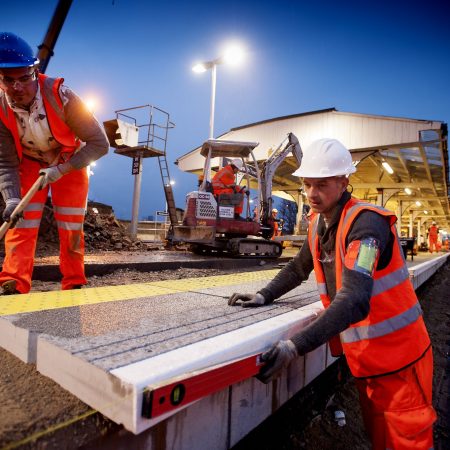