As part of our Meet Osborne series, we are sitting down with our Property Services colleagues to gain an insight into their role and what life is like working at Osborne.

This week, we sat down with Ross Williams, Cost Controller.

Tell us a little about your role:

I am a Cost Controller in the purchasing department for OPSL. I deal with the daily purchasing for contracts across OPSL and communicate with operatives responsible for responsive repairs and voids. I also order the materials for the major Aids and Adaptions alongside planned works.

What is the most important thing you have learned whilst in your role?

If you could do another job just for one day, what would it be and why?

For one day, I would have to go with being a zoo keeper. I recently had a Rhino feeding experience and it was amazing. It would also be very interesting learning about their behaviours and characteristics.

I have always wanted to do a skydive, but at the top of the list would be to go to a world cup final. It would be even better if England was in the final itself, but we all know the likelihood of that…

What is your favourite song of all time?

That is a tough one as there are a few that spring to mind. J.Cole – Role Modelz – Forest Hills Drive, Notorious B.I.G – Hypnotize – Life After Death and Jay-Z – 99 Problems – The Black Album. Of more Recent times however, my favourite songs would be Joyner Lucas – Ross Capicchioni – Along Came Joyner and Dave (feat. Ruelle) – Lesley – Psychodrama. 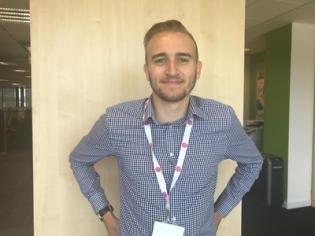