Interview with Allen Greenslade – Retiring after 40 years with Osborne

We caught up with Allen Greenslade, who will be retiring after working for us for 40 years. We wanted to talk to him about the projects he’s worked on and what his lasting memory of Osborne will be.

What was the first project that you worked on for Osborne, and in what year was it?
I first started with Osborne in 1982, as a carpenter. I was young but I had a great interest in the building industry. I never thought that 40 years on I would still be here and enjoying it.
The very first project that I worked on for Osborne was a new office building at London Bush Corner. Interestingly the London Bush Corner building doesn’t exist anymore, it was demolished. It now has some housing in its place. It shows just how long I’ve been in this business – a building has been built, demolished and a new one created in that space of time.

What is the project you feel most proud of and why?
Even though I have been involved in many great major building works (5 at Winchester University), the one that means the most to me, on a personal level, must be Downview Primary School in Bognor Regis. This project won the Building of the Year and I was also a finalist for Site Manager of the year and won the Chairman’s award!

I remember that the Head Mistress at the time had not been involved in a school building project before, so I endeavoured to make the process enjoyable and easy to understand for all those involved. I ensured that the lines of communication between us were open and transparent and that all those involved felt included – including the school children. They called me ‘Bob the Builder’ and drew many pictures for us to put on the hoardings. The students even included us in their sports day, with a special event just for the builders.

During the final ceremony, it was announced that they named one of the buildings after me. They named it the Allen Building. I was completely unaware that this was going to happen, and I felt quite choked up when they announced it! During the ceremony, Julia Donaldson, who wrote the Gruffalo, was in attendance too. That won me some points with the grandkids.

What will be your lasting memory of Osborne?
Throughout the years, I have been involved in an enormous variety of projects. The sheer volume amazes me when I look back on my career. I’ve worked on projects such as Prisons, Crown courts, Theatres, Schools, and Universities. I was involved in the construction of a building that is used to build satellites. Not many people can say that they did something like that. I will also always remember the many people I have had the great opportunity to meet along the way. Some really remarkable, innovative, forward-thinking individuals. However, let’s not forget those friends and colleagues that I have worked with day in and day out that have made working within the building industry worthwhile.

Allen Greenslade is now retiring after 40 years of working with Osborne. We wanted to mark this moment and thank him for all his work and the lasting impression he has left on both our team within Osborne and equally our clients. Wishing Allen every happiness in his retirement. 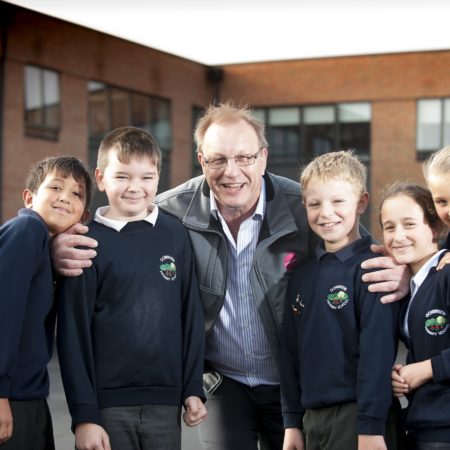