Is There Really A Trade-Off Between Affordability And Energy Efficient House Building?

A government minister was recently on record as saying something to the effect that we shouldn’t let sustainability get in the way of meeting house building targets. That sounds like very outdated thinking.

It also sounds like the falsest of false economies. Every home we build today that isn’t highly energy efficient and capable of net zero carbon performance will have to be upgraded. Every new home connected to the gas grid will have to be disconnected at a future date.

Part of the problem is that many large-scale housing developments aren’t designed with a carbon-first mindset. They are traditional in the way they look and the way they are built. In this scenario zero carbon is an afterthought and an additional cost.

What Will Drive Change?

In the absence of mandated standards for energy efficiency in new build homes there’s little to drive change among volume house builders. They certainly won’t be the ones paying the retrofit bill so why not stick to what you know?

The Future Homes Standard will help, but it doesn’t come into force until 2025. By then, according to Government targets, we’ll have built over a million new homes.

If you design and build homes in a different way, net zero carbon capability is integral. And homes can be completed faster. With greater product and process standardisation even the estimated additional cost of £4800 to build an energy-efficient home with a heat pump installed may be eliminated. Compare this with the average estimated cost of over £26,000 for a whole house retrofit.

Energy Efficient House Building For All

Eco-homes are often seen as the preserve of small-scale exclusive developments. Osborne’s Systemised Housing product proves that through adopting modern offsite construction methods energy-efficiency or affordability isn’t a choice you need to make.

The issue isn’t just about potential future retrofit costs. There are significant and immediate cost savings on offer for occupants through lower heating bills. As energy costs soar, more people are finding it difficult to pay their bills. For people reliant on social housing the problem is particularly acute.

The minister’s comments show that a change in the way we think about house building is urgently needed. Forward-thinking developers like Osborne are leading the way.

Find out more by visiting our resource centre or contact Mike Peskin (mike.peskin@osborne.co.uk). 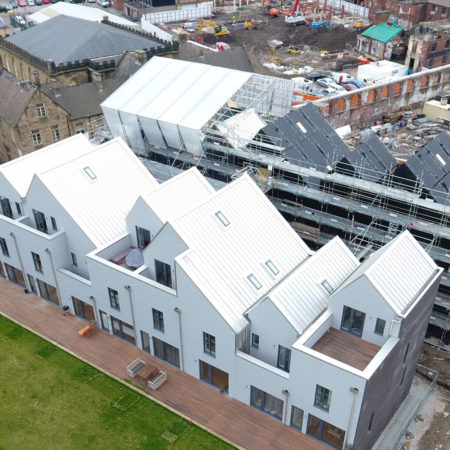