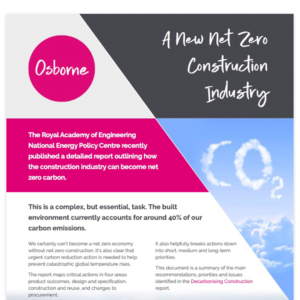 How Can We Step Up Affordable Home Supply and Deliver Net Zero Carbon?

The shortage of affordable and social housing in the UK is a long-standing issue. The situation won’t be helped by projects that were stalled or delayed by Covid-19.

There’s a real concern that social housing completions could fall to their lowest level since the Second World War. This is at a time when there is growing financial hardship faced by people on low incomes who were furloughed, on reduced pay or face losing their job. Many of these face the prospect of redundancy. This is likely to drive up demand for social housing even further.

Alongside the urgent short-term need for more homes, there’s an equally important longer-term issue that cannot be avoided. The UK has a legally binding commitment to become a zero carbon economy by 2050. Many argue that this needs to be brought forward to 2030 to avoid catastrophic warming of the planet.

2050 may sound a long way off but in housing terms that commitment demands action right now. Energy use by homes is still a major contributor to the nation’s carbon footprint. The homes we are building today will still be in service in 2050 and must play their full part in creating the zero carbon economy.

Faster and Greener is Possible

Some far-sighted local authorities and housing associations are recognising that there needn’t be a conflict between building social housing more quickly and ensuring that they achieve net zero carbon performance. This isn’t just good news for the environment, it also means that people on low incomes will find it easier to afford to live in these homes.

Somerset West and Taunton Council recently approved a pilot scheme to build 65 zero carbon affordable homes. The Zero Carbon Affordable Homes pilot scheme will consider all aspects of carbon neutrality and energy use in the production, occupation and repair of the homes.

Bringing all of these factors into the equation raises the question of how affordable homes need to be built. Traditional methods cannot rise to the productivity levels needed and consume significant energy and resources in construction. Variable quality also adds a significant risk over achieving the required energy performance standards within a fixed budget.

The inevitable end-point is that Modern Methods of Construction and offsite methods will become increasingly widespread in affordable house building. There is a strong argument that this is the only viable route to simultaneously increasing output and energy performance. Osborne’s housing solutions offer viable options for balancing the demands of today’s housing shortages against the impact on tomorrow’s environment.

Access our free resource centre to find out more 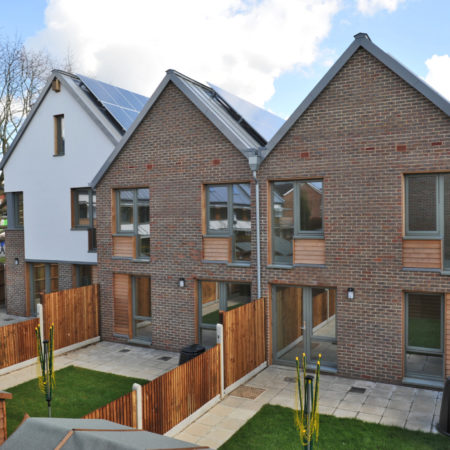